At OC Mobile Device Repair, we fix all types and models of iPhone.

The name iPhone rings a bell among every smartphone user and brings glimpses of June 29, 2007, when the first iPhone was launched by Steve Jobs. More than a decade has passed since then and Apple’s iPhone has witnessed an adventurous journey with its tenth edition – the iPhone X hitting markets this season.
However, despite the launch of two iPhones in the first couple of years, Apple’s new gizmo came to light with the release of the iPhone 4.

What was the reason for iPhone 4’s popularity?
The main aspect which popularized this smartphone to the masses was its revolutionary design. iPhone 4 opted for a full aluminum and glass arrangement embellishing a 3.5-inch display. Being the first 480p resolution screen of its kind, this smartphone garnered record sales within a few months.
Moreover, it was also the first smartphone to bring emailing and multitasking capabilities to the masses. Such popularity and reliability are the reasons why several smartphone users have still not given up on their iPhone 4 and 4s even after 8 years of its release.
However, the time has its impact on everything including the iPhone 4. Today, even after receiving the latest updates, it faces minor lags and screen stall issues.
Well, this is where OC Mobile Device Repair comes into play. Experts at this company are proficient in handling each and every glitch that may occur with your product and reinstate its lost glory in no time.

Now, are present generations successful enough?
Slowly, but steadily, iPhone 4 & 4s gave way to the iPhone 5 & 5s. This variant sported a slightly bigger 4 inches with an IPS LCD display and brought along the 4G LTE connectivity. With 1 GB DDR3 RAM and an 8 MP primary shooter at the user’s disposal, this smartphone was a treat to the Apple enthusiasts.
Yet another model, the iPhone 5c was released as a budget alternative to the 5s. This smartphone is extensively used till date. However, it also faces a number of glitches and software blots. The Apple maps, for instance, sets itself backward from time to time, while the screen tends to develop white patches near the bezel.
This is why it becomes necessary to take one’s smartphone for a repair once such problem starts to surface. In this respect, OC Mobile Device in Orange County, CA, emerges to be the perfect solution.

Are iPhone 6 and 7 really perfect?
Again, a revolution came Apple’s way with another design modification in the form of iPhone 6. It came as a necessity to incorporate a bigger 4.7-inch screen, something which Apple owners had craved for years.
However, with increased screen size, this iconic device also started garnering newfangled problems. Some issues faced by iPhone 6 and 7 users include:
• Bent screen problems
• LCD cracks near the top and bottom ends
• Overheating due to a thinner design
• Software glitches
• Digital zooming errors in iPhone 7

Experts at OC Mobile Device Repair understand the importance of your iPhone 6, 6s or 7. That is why their proficient team analyzes any problem with minute details and ensures that your smartphone is reinstalled to its original shape.

What about the Plus variants?
Since the launch of iPhone 6, Apple has laid its focus on releasing a plus or bigger variant of every model. These models come with a much bigger and brighter 55-inch retina display along with a resolution of 1080 x 720p.

These variants have a number of advantages over their regular counterparts which include:
• A larger screen space
• Better RAM management
• Full HD display
• Improved camera performance
However, bigger screen size and slimmer structure increase the possibilities of the bent screen and cracked LCD manifold.
Are you facing something similar? Well, OC Mobile Device Repair brings together their hardware and software experts to mend any anomalies that an iPhone may face.
These professionals are extremely punctual and strive to provide on-time delivery to each and every customer.

Will iPhone 8 and 8 plus walk on similar paths?
iPhone 8, released this year, has launched with a completely new design. It has embraced a stainless steel perimeter frame along with front and rear glass panels. Courtesy to this, the phone now looks more premium than ever.
On the other hand, people living in Orange County and other areas have already started complaining of the product’s sturdiness. Even a slight drop is leading to cracks on its surface which is not acceptable by owners.
However, OC Mobile Device Repair has emerged to be a silver lining here who looks to provide the following services to iPhone users:
• Mend cracked rear as well as front glass
• Eradicate cracked LCDs
• Repair undetected wireless charging
• Provide the latest software upgrades
• Periodic camera maintenance

Do customers still require unlocking their iPhones?
iPhone has multiple tie-ups with several leading telecommunication brands. While this enables buyers to gain immediate service, it also hinders customers to opt for a cellular network of their choice.
OC Mobile Device Repair understands this conjuncture and with the latest technologies at disposal, unlocks any iPhone seamlessly. They are well versed in jailbreaking an iPhone so that it is free to accept any cellular network as and when required.

Although one may attempt to jailbreak one’s smartphone through self-discretion, experts of OC Mobile do not recommend the DIY approach as this may lead to:
a. Permanent bricking of your device rendering it non-recoverable
b. Risk of voiding the warranty
c. Damage to the built-in firewall making your iPhone prone to malware
d. Failure to receive further OTA updates
Note: iPhone X becomes the first of its segment to come with a pre-jailbroken iOS platform. It is free to accept cellular cards of all telecom networks.

What is so special about the iPhone X?
Apple seems to have skipped the ninth iteration of their iPhone lineage and has jumped directly onto its tenth variant. The iPhone X or iPhone 10, as one may call it, commemorates the tenth year of the iPhone in the market.
This new iPhone has taken designing perspectives to a whole new level. It has given way to the traditional home button and has gone for a full vision 18:9 display. This is a 1920 x 1080 resolution screen which encompasses 441 dpi as its standard pixel density.
Even security checks are now face-detected instead of fingerprint sensors with the use of multiple infrared points to support the cause.
So, to provide apt support to its customers, technicians at OC Mobile Device Repair have also upgraded their skills and knowledge with changing times and technologies. This company looks to ensure that their customers get the best and able service whenever they sign up for OC Mobile’s services. 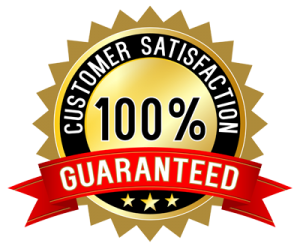